A story about love, ancestral power, and the Black experience of displacement and resilience.

Directed by Charlene A. Carruthers 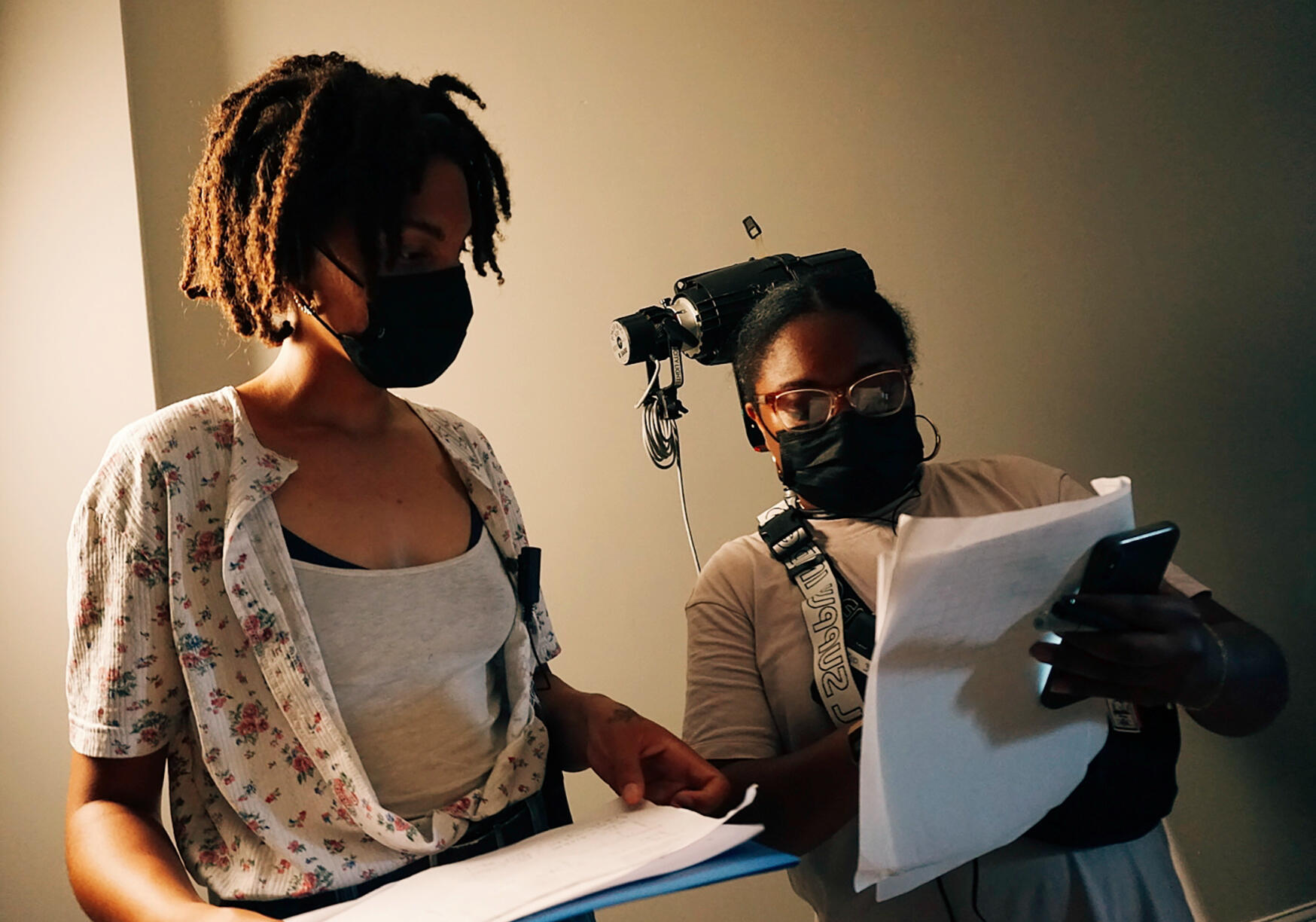 Creating The Funnel allowed me to show up for myself, my ancestors, and future generations of Black people seeking more complete stories about our lives. I was inspired by Saidiya Hartman’s groundbreaking book, Wayward Lives, Beautiful Experiments, and the rich portrayal of young Black women rebelling against the politics of respectability. In bringing the story to Chicago, I was able to connect the essence of Black life in the 1940’s kitchenette building with today’s ongoing struggles for housing justice. This allowed me to focus on the physical, spiritual, and emotional interiority across generations. In doing so, I join a tradition of Black feminist filmmaking that focuses on the beautiful struggle of Black life with care and a commitment to telling the truth. As a first-time director, I could not have dreamed of a better cast and crew to make this film.The Funnel is just the beginning of my journey with this epic tale – each character has a story that must be told more deeply and in a longer format. I hope that this film agitates audience members into more curiosity about housing justice, Black queer and trans lives and how Black love always wins.
-Charlene A. Carruthers

SYNOPSIS
The Funnel follows Trina (Cat Christmas), a young Black poet living on the South Side of Chicago, as she navigates an escalating housing crisis with her mother. After falling into an intimate recollection of her family's history, she awakes in a world with people, sounds, and possibilities she's never known. An encounter with a familiar spirit opens her eyes and heart to a new gift. 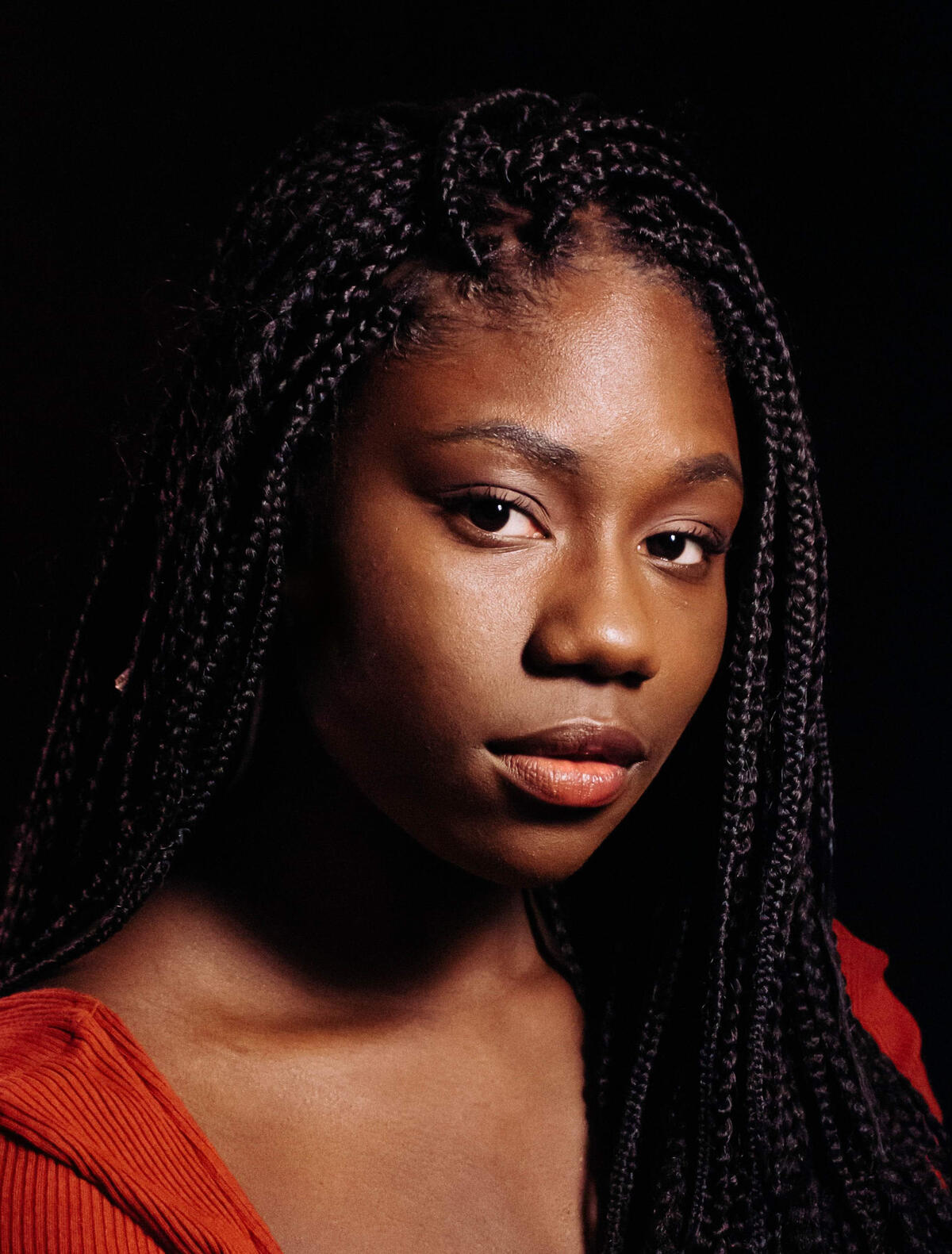 Cat Christmas is currently represented by Gray Talent Agency. She is completing her BFA in Acting from The Theatre School at DePaul University in Chicago, IL. Her past film credits include Naomi and Lexi Take on the World, seen on Open Television and Chicago. 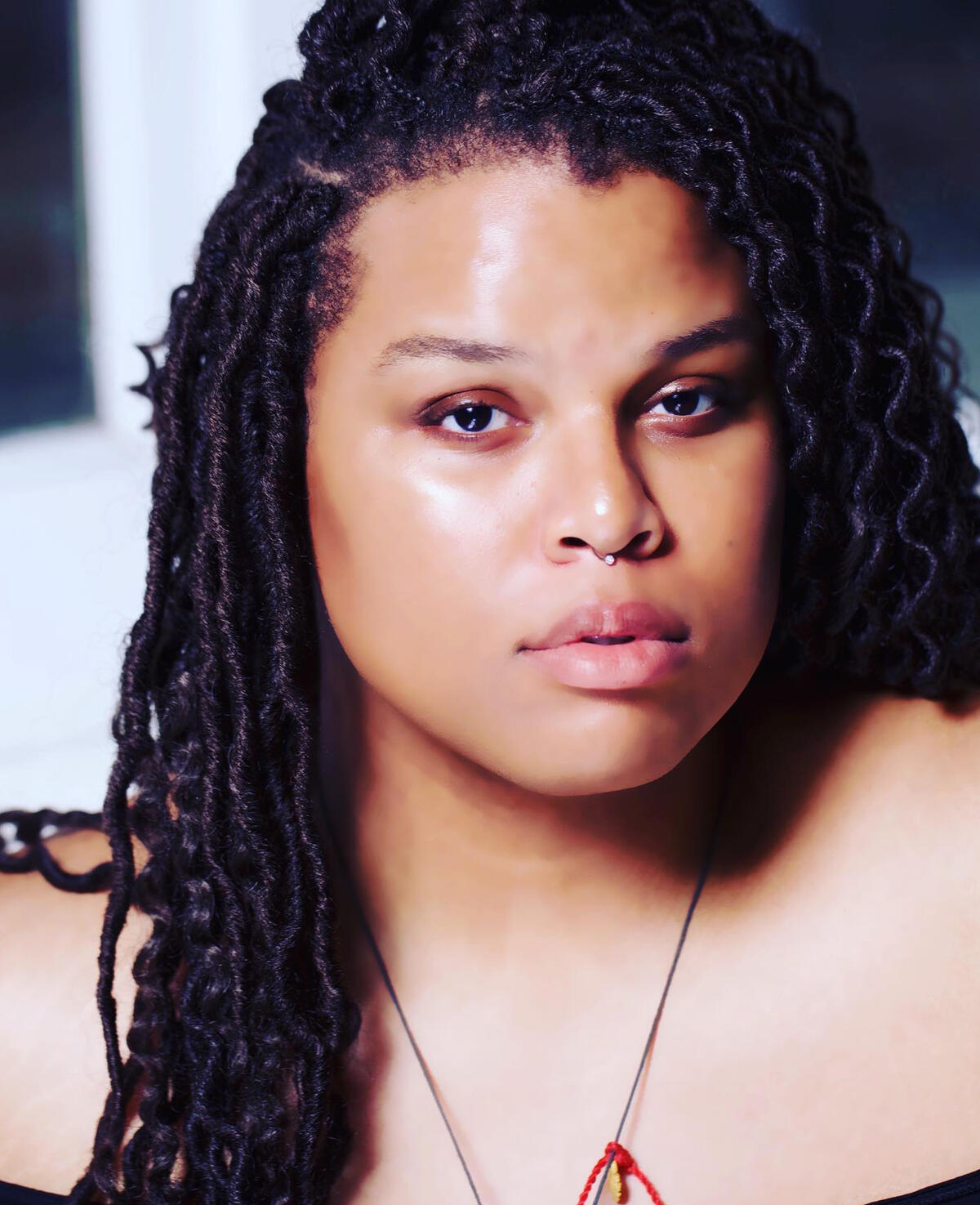 Wriply Marié Bennet is a proud self-taught illustrator, activist/organizer born and raised in Ohio. Her art and organizing work began with the Trans Women of Color Collective and expanded in Ferguson, MO where she traveled with a group of freedom riders to stand with the family and community of Mike Brown, not only as a community organizer for the Trans Women Of Color Collective: but a Black Trans woman who needed to stand with all Black lives and remind the world that they matter. 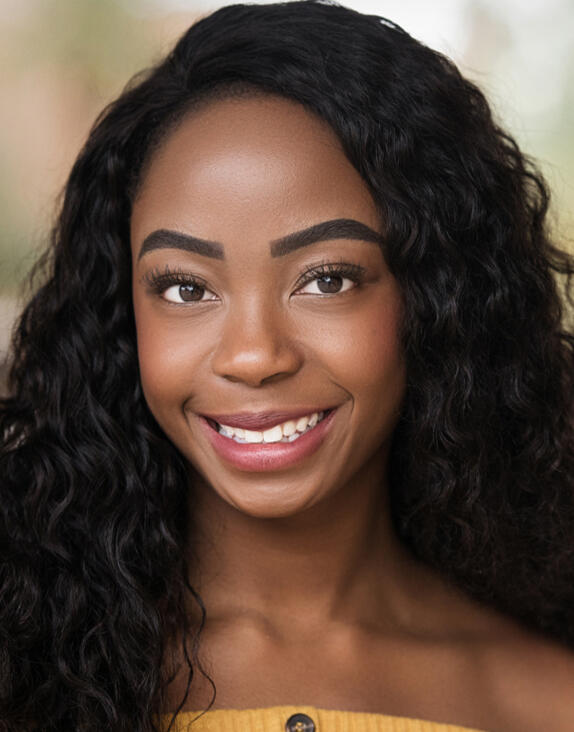 Breanna Ghostone (She/Her/Hers) is a classically trained singer, actor and dancer.Previously, Breanna attended the University of Michigan, where she received her Bachelor's Degree in Opera Performance. A few of her favorite musical performance credits include “Little Inez” in Hairspray (Power Center for Performing Arts), “Serena” in Legally Blonde The Musical (Evelyn Smith Theatre), “Francisca” in West Side Story (The Phoenix Theatre Company), and “Ensemble” in Ragtime (Music Theater Works).Breanna has also grown extremely passionate about on-camera work as well having completed a collaborative project with Verizon Wireless on their Innovative Learning Program, a short film spin-off of the '90s comedy TV show Martin and a short film titled The Funnel. 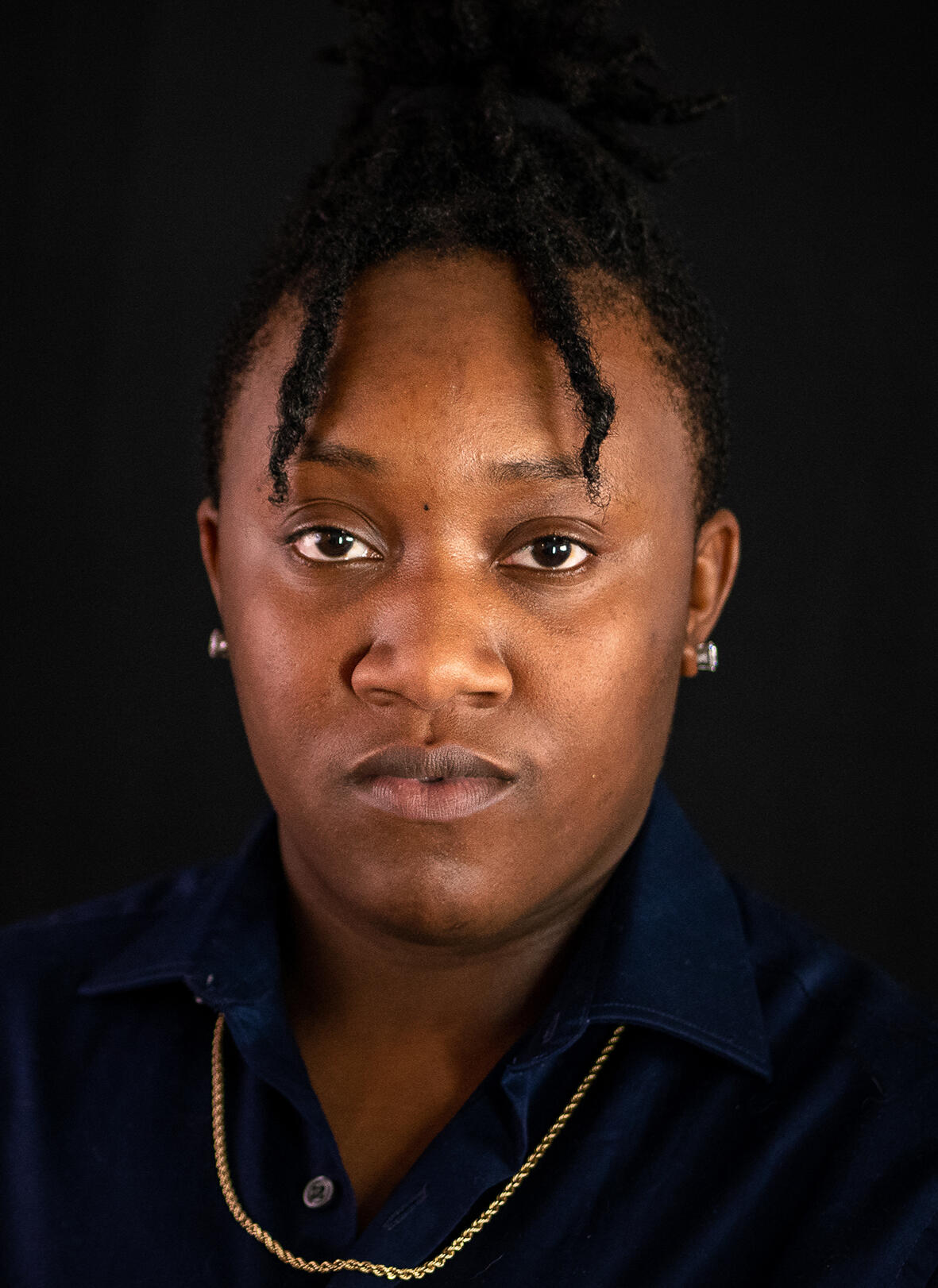 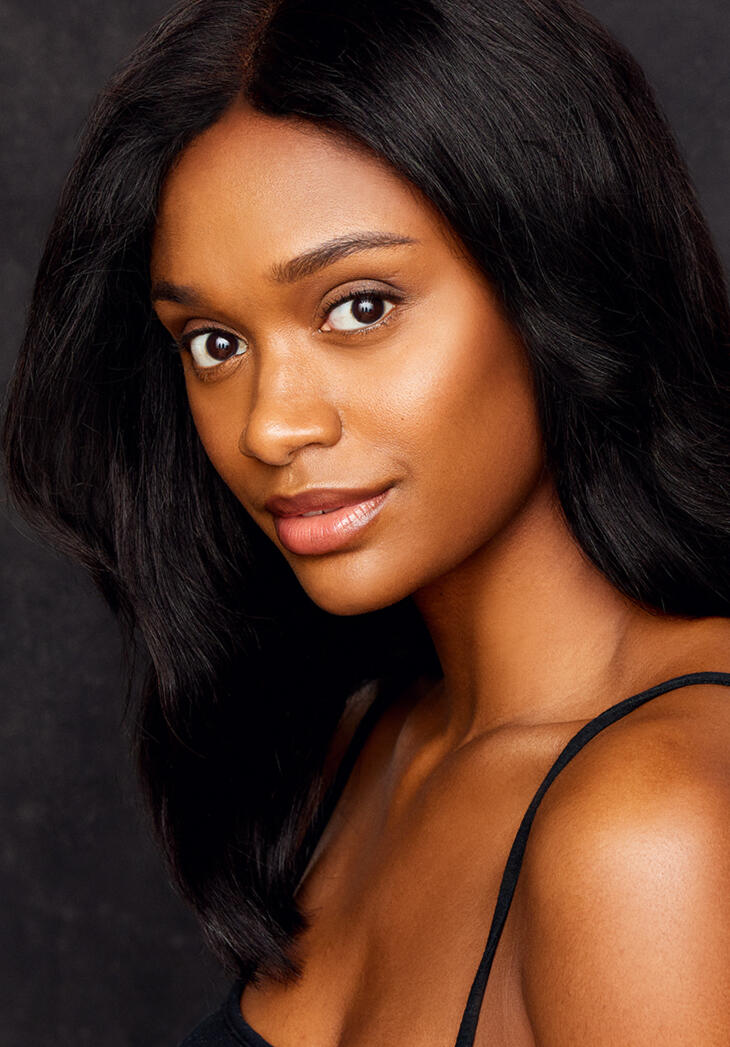 Chicago native, Vena Howard’s first television debut was on Showtime's hit show, The Chi, in 2019. Since then, she has secured the recurring role of “Trinity” in season 4 on The Chi. Howard will be working on set with the CineCares Foundation, working on set with one of NBC’s hit television shows.Vena is a proud graduate from Augustana College with a Bachelors in Psychology with a minor in Communication Studies. Her degree has led her to becoming a behavior technician for early autism services. 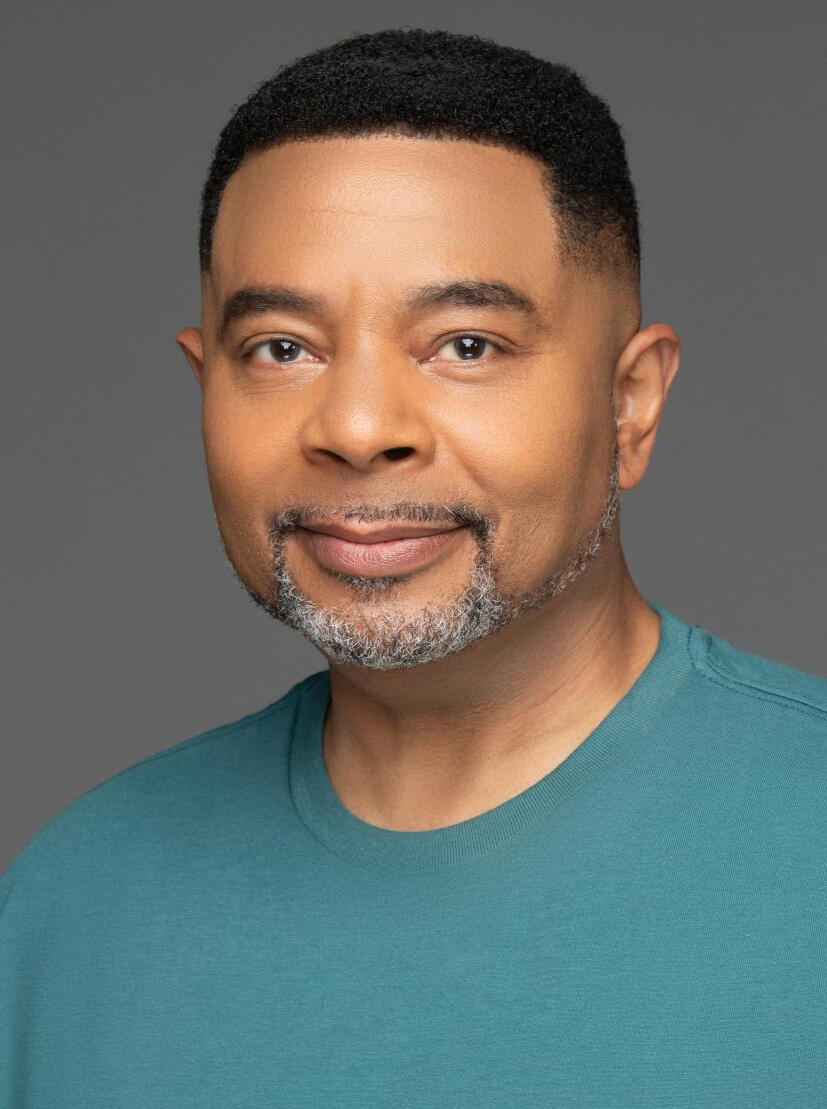 Martin Davis is an actor and Voice Over Artist out of Plainfield, IL Originally from NJ, Martin has been acting and doing Voice Over work since 2019. Martin Davis has been in over 80 Independent Short and feature films, as well as a number of local /regional commercials. Prior to going into acting, Martin was a Subject Matter Expert and Consultant in the Physical Security Industry and is a published author. He wrote the book Are We There Yet?/The Ultimate Challenge available on Amazon. 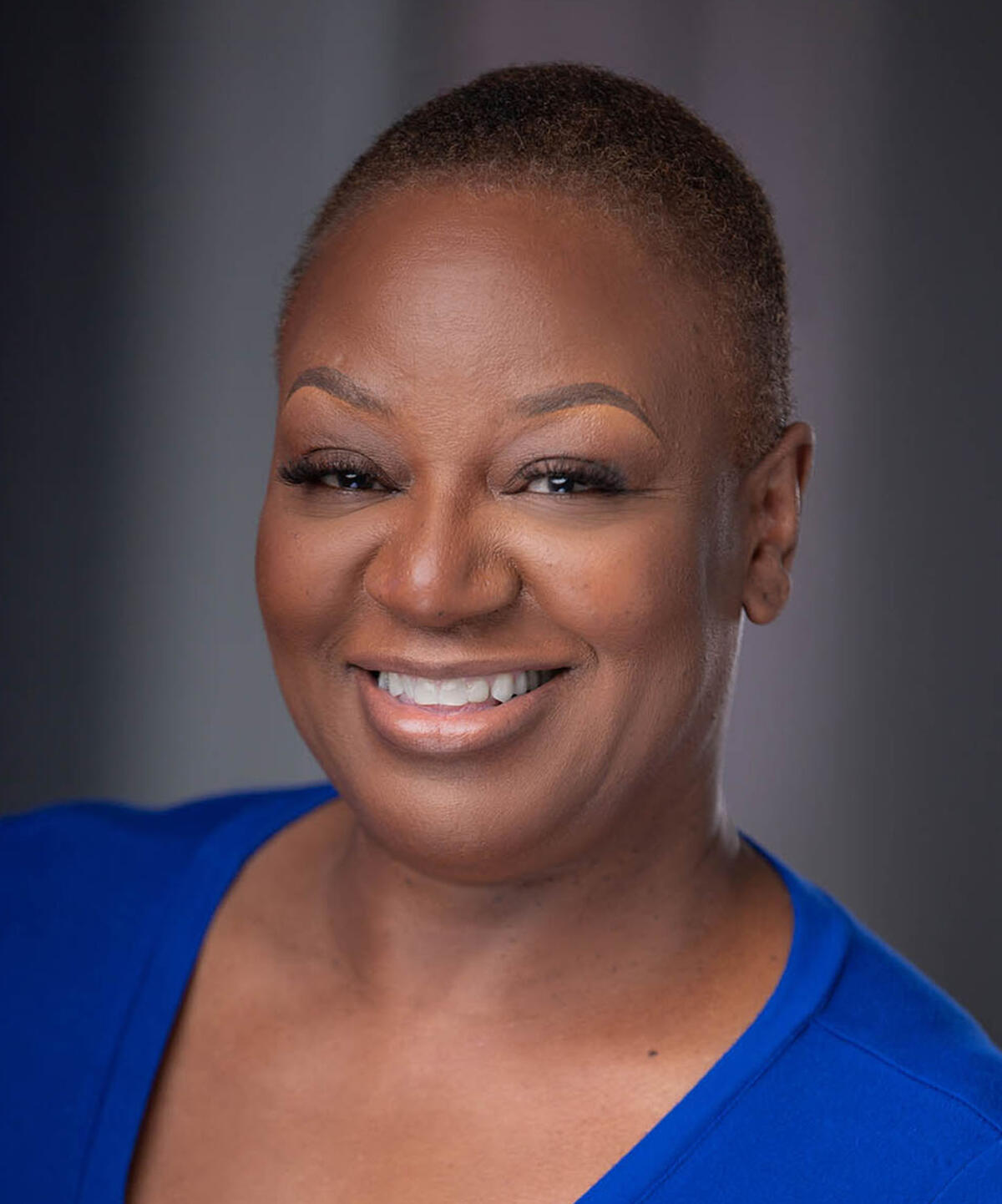 Laketa M. Caston has also performed with The Theatrical Ensemble for the Arts and Manpower, Detroit’s Black Ensemble Theatre, and numerous other stage productions, including Little Shop of Horrors and was awarded the Ira Aldridge Acting Award for her original work from the New York Association of Black Women in Theatre (BWIT). Her film credits include: Date My Mom, Baking Up Love, Mr. Dust, Kill Will, The Crooked I, Manifestation of a King.In addition to acting, she is a Costume Designer, Visual Communication Artist, a sport’s official, a Computer Transcriptionist for disabled students, and a writer. Her Screenplay, "Decline" was selected in two festivals. She is a Veteran of the United States Coast Guard and has volunteered as a Veterans Peer Navigator for Catholic Charities. 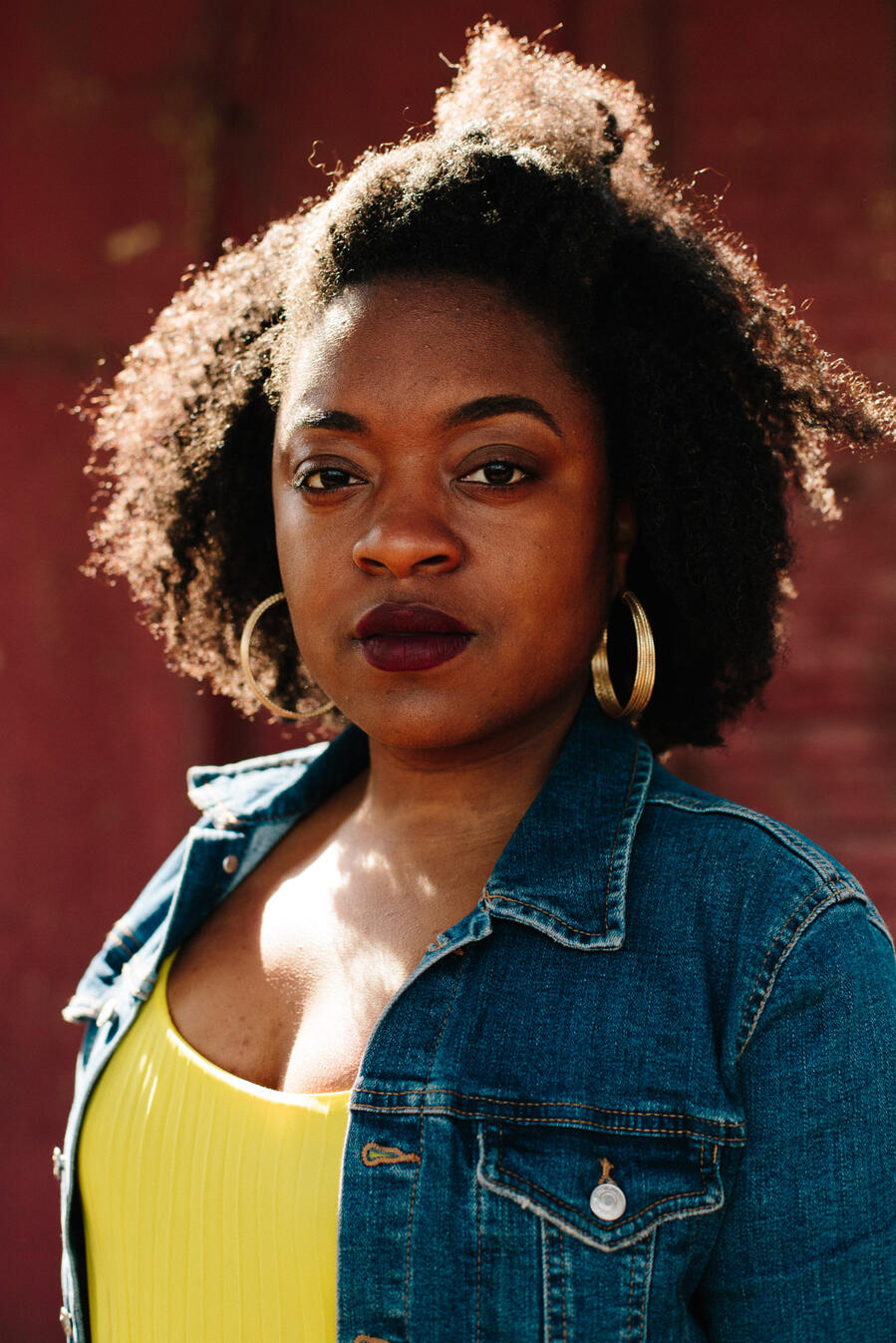 Charlene A. Carruthers (she/her) is a writer, filmmaker, and Black Studies PhD student at Northwestern University. A practitioner of telling more complete stories, her work interrogates historical conjunctures of Black freedom-making post-emancipation and decolonial revolution, Black governance, and Black feminist abolitionist geographies.Her work has been covered in several publications including the New York Times, the Washington Post, Chicago Reader, The Nation, Ebony and Essence Magazines. She has appeared on CNN, Democracy Now!, BBC and MSNBC. The Chicago native has also written for theRoot.com, CRISIS Magazine, Teen Vogue, Truthout, Colorlines and the Boston Review. She is recognized as one of the top 10 most influential African Americans by The Root 100, one of Ebony Magazine's "Woke 100," an Emerging Power Player in Chicago Magazine and is the 2017 recipient of the YWCA's Dr. Dorothy I. Height Award.A believer in telling more complete stories about the Black Radical Tradition, the filmmaker is a highly sought after speaker at various institutions including Wellesley College, Shaw University, Princeton University, Northwestern University and her alma mater Illinois Wesleyan University. She is author of the bestselling book, "Unapologetic: A Black, Queer and Feminist Mandate for Radical Movements." 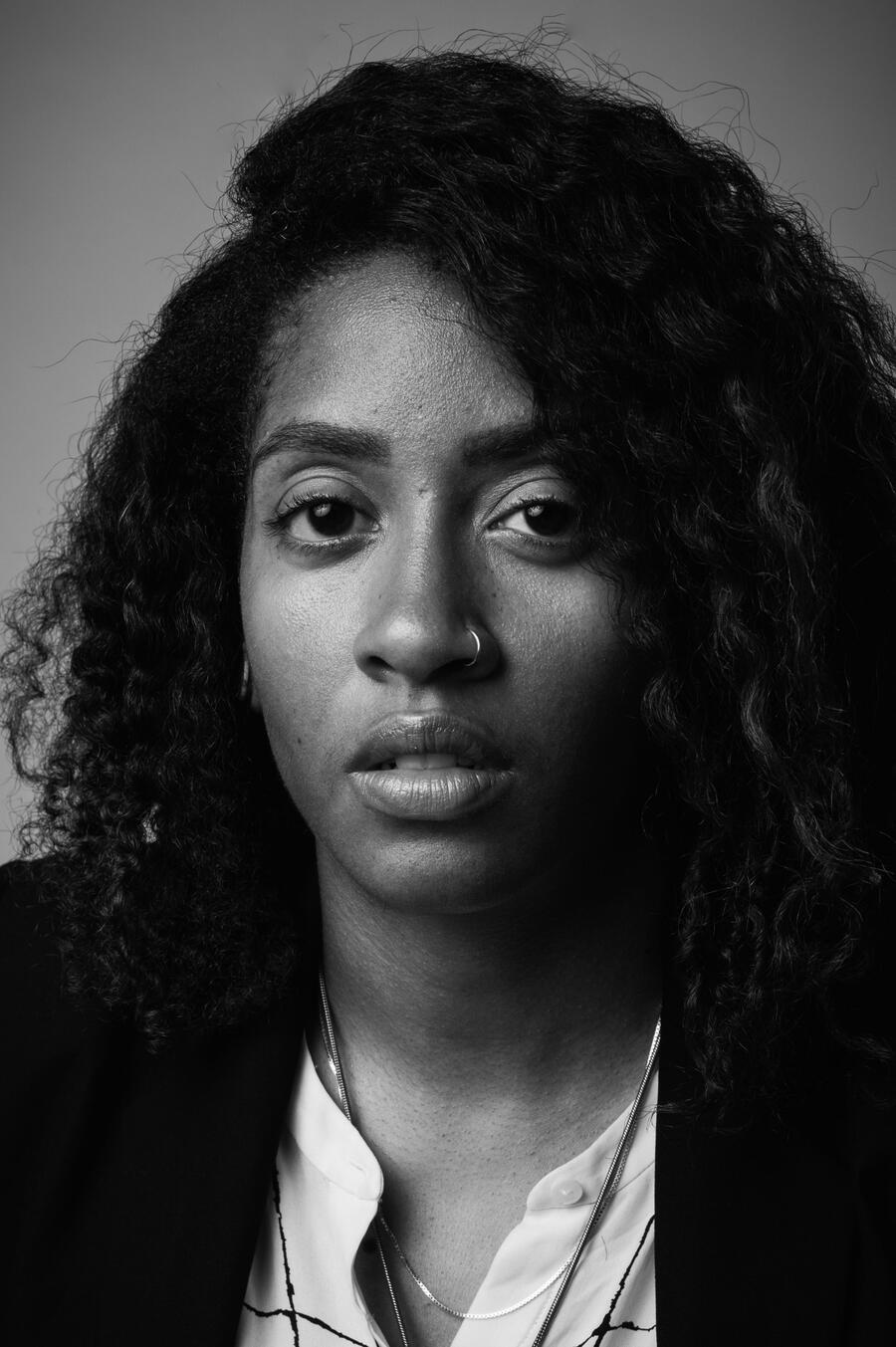 Elizah Turner (she/her) is a freelance creative producer and founder of Rules of Entertainment, an artist service platform for independent musicians. Her past film projects have included below the line positions in Sweet, Sweet Country, 195 Lewis, #blackgirlhood and cast of the documentary, The Revival: Women & The Word.Previously, Elizah toured domestically with artists such as Muhsinah, Janelle Monáe, and Tegan & Sara. She prioritizes narratives told by writers and directors who tell powerful stories through a Black feminist lens. 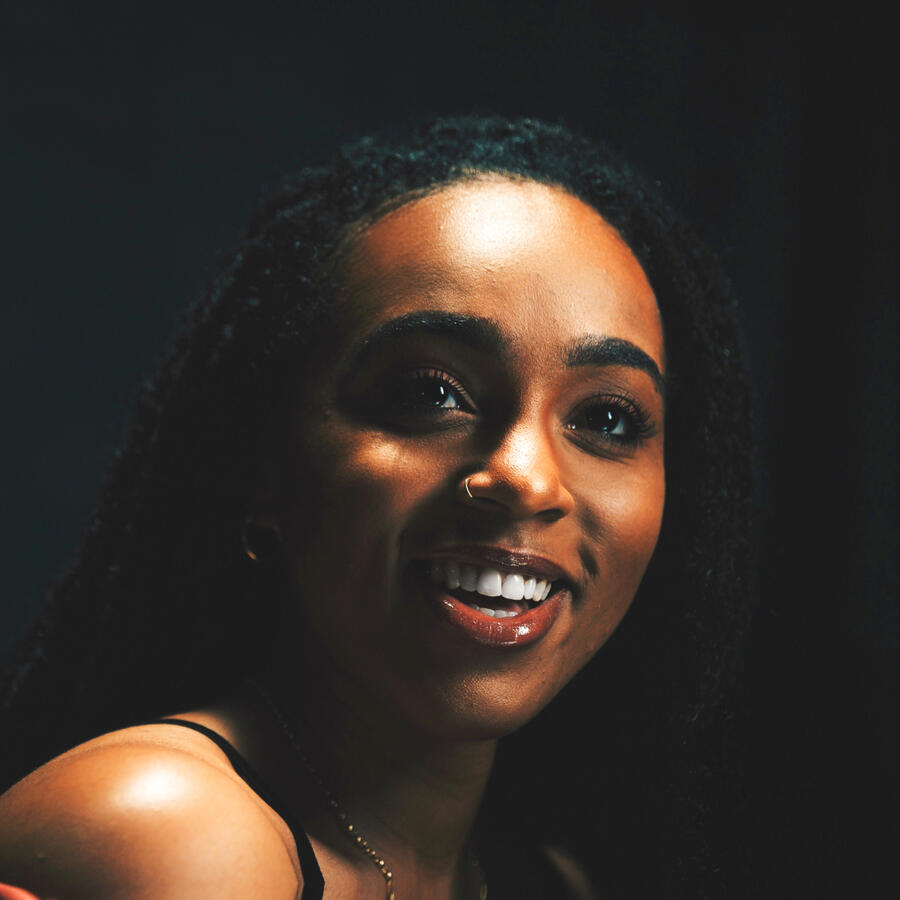 Alexis Chinery (she/her) is a cinematographer and photographer native to Maryland. She started her career as a producer and later found herself most comfortable composing shots directly behind the camera, falling into the role of Director of Photography. She is a partner at Six Point Pictures, one of Baltimore’s most recognized film production companies.Within her 7+ years as an independent filmmaker and photographer, she has lent her creative eye to many brands including BET, Revolt TV, HBO & PBS. She was awarded “Best in Technical Quality” at The Mosquers Film Festival as cinematographer for the short film WUDU. Her most recent work is the photography exhibit “Thin Spaces: the Invisible Work of Black Women” housed at the James E Lewis Museum of Art in Baltimore. Alexis continues to produce imagery that sparks change, inspiration and reveals truth and light for those of marginalized cultures.

We'd love to hear from you!If you or your organization is interested in hosting a screening for your community, please contact us below.